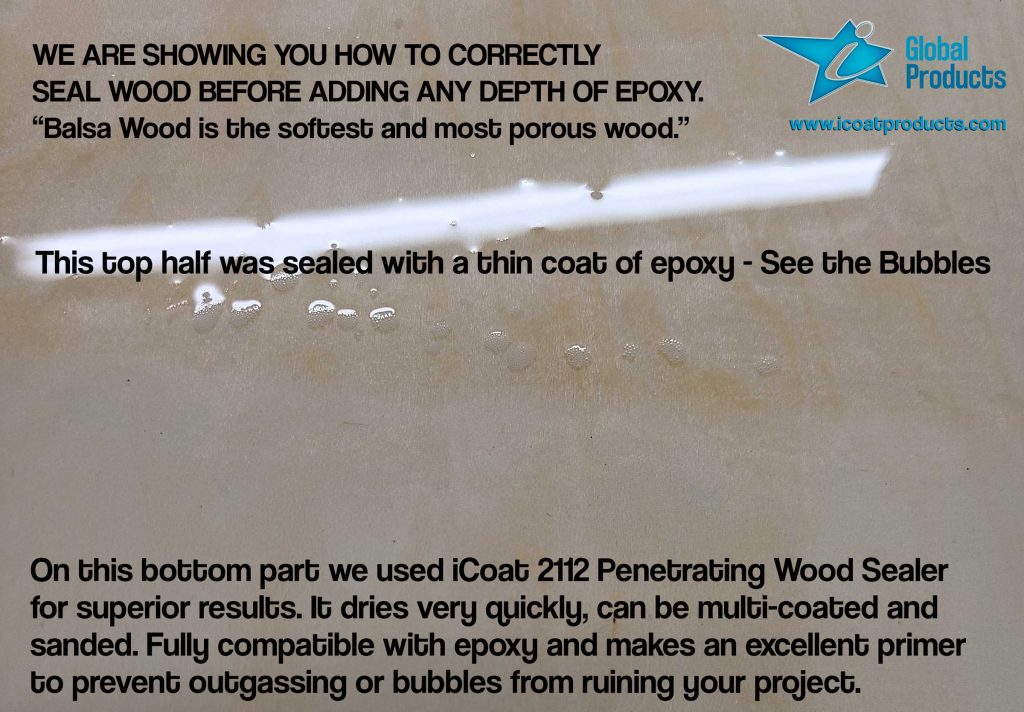 Epoxy is a great medium for arts and crafts, jewelry, pendants, cutting boards, decorating tumblers, sealing photographs, and artwork. DIY and tradesmen use it for countertops, river tables, tabletops, and a myriad of other projects. It is durable, allows one to work with a wide variety of colors that stay vibrant and lasts for years.

One of the main problems people experience in working with epoxy is the bubbles that remain in their work and won’t release or bubbles that form after the fact. Cheap epoxy and hardener will give you a cheap result, so purchase a quality, preferably American-made product. Epoxy is very viscous (thick) at lower temperatures and more prone to having bubbles formed in it during the mixing process. It is recommended to warm the epoxy to a temperature between 75-85 degrees to assure good bubble release and minimize the number of bubbles caused by mixing.

These are the two main issues that cause epoxy bubbling or outgassing.

These issues can be easily remedied though by using a product that films (dries) quicker than traditional epoxies. Fast set epoxies do an adequate job of sealing and forming a film rapidly enough to prevent a majority of outgassing, but they have their own drawbacks. Fast set epoxies are more brittle and susceptible to ambering (or yellowing) over time due to the types of epoxy hardener used. One solution is to use “iCoat 2112 Penetrating Wood Sealer” on your project for superior results. It forms a film very quickly, can be multi-coated and sanded if necessary. It is fully compatible with epoxy and makes an excellent primer to prevent outgassing or bubbles from ruining a project. Bubbles in the epoxy mix can also be released by using a trigger-start propane torch once the epoxy has been applied to a project. When doing multiple layers of epoxy, release the bubbles in one layer and then pour more epoxy and follow the same steps. It is best to pass the torch lightly across the epoxy about 1 inch away from the surface without staying in any one area for long, due to the risk of burning the epoxy. Torching your project or job every ten minutes or so, for the first 30 mins after application, is optimal.